It’s not about Perfection It’s about Connection 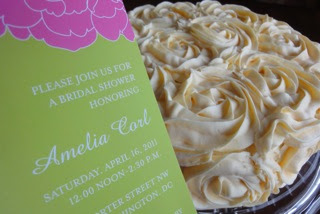 Can you believe that I almost put this cake that I made as a gift in the garbage because I didn’t think it was good enough? I put a ton of energy and love into this cake, but I ran into a few problems throughout the baking process that threatened to make my cake less than what I believed was perfect. Did I bite the bullet and just bring the cake as it was, leaving me vulnerable to its imperfections, or did I pitch it and simply bring the cake stand by itself so I could avoid revealing my imperfections to others. Read on for the full story.

Last April, I had the honor of attending my friend Amelia’s bridal shower. Amelia loves to bake and since she and her fiancé had just moved into their first home I decided to get a 4-in-1 crystal cake stand that she could proudly display her baking creations on in her new kitchen. Then my Type-A personality came into play, and I thought to myself it would be a pretty standout presentation at the shower to have my homemade carrot cake on her new platter. After searching the web for different cake decorating ideas, I stumbled upon a beautiful rose tutorial by i am baker. Perfect! I had the platter (I’m not going to lie, I loved it so much I thought about keeping it for myself J), a decadent cake that was going to make me look like a rockstar…but wait, that’s the only child coming out… this was truly Amelia’s day!

Being the perfectionist that I am, I bought several extra cans of frosting to practice making the roses on a cake pan before actually applying roses to the cake. Now it took my laid back, go-with-the-flow self, to convince my perfectionist self that it would be ok to pipe Duncan Hines cream cheese frosting instead of making my usual homemade frosting. I wasn’t sure if the homemade frosting was going to be stiff enough to pipe into roses, and I was under some time constraints, so I caved and decided to take a chance on the canned frosting. Now, I’m already feeling uneasy about using the canned frosting, and a few extra mishaps in the baking process really pushed me towards throwing out the cake and just taking the stand. But I decided to eat my pride, and bring the cake on the stand as I had originally planned.

So after all this worrying about whether people would be able to tell that it was canned frosting, that the cake was too dense, that I could have made the roses look better, blah, blah, blah, everyone RAVED about it. So what did I learn?

1.     Had I caved into my pride, and dumped the cake, I wouldn’t have given Amelia what I really wanted to give her, which was something that I made just for her.

2.     Allow myself to be less than perfect in front of others. Only revealing my “best self” is not giving people my “authentic self.” It is one thing to know that I’m not perfect, it’s another to share with others that I’m not. If I want to feel confident that people love and respect me for who I truly am, then I have to know I am giving them a balanced perception.

3.     If something doesn’t come out perfect, I will refrain from telling everyone it isn’t my 100%. Harping on the minors in my own work might unintentionally suggest that I’m on the lookout for the minor flaws in my friends’ work, and that’s not the message that I’d want to send.

4.     And most importantly… I will always use the canned frosting to make the roses! I actually couldn’t convince a few that I had indeed used canned cream cheese frosting (kudos to you, Duncan Hines) and these were seasoned bakers.

Golden Nugget: Love is in the effort

July 06, 2020
Last Saturday we packed up and headed to our borrowed beach house for the summer.  Before heading out, I stocked up on a bunch of Lidl's Sauces and Marinades for quick and easy meals at the beach. Lidl has a great variety to choose from, and look at the prices!!! So far we have tried Ya Mon Jerk Style Marinade, To-Kill-A-Lime Sauce, Nashville Style Barbecue Sauce, and Bailando Habanero Mango Sauce. All have been bold and flavorful. Scott especially enjoys the Nashville Style Spicy Barbecue Sauce, which definitely has a kick to it.  On our first night I served up this grilled steak marinated in the To-Kill-A-Lime Sauce, with a refreshing Watermelon Cucumber Salad, and fresh grilled corn. So good!  The next night I used the Nashville Style Spicy Barbecue Sauce for BBQ Chicken.  This spicy BBQ chicken went great with grilled fingerling potatoes and a chilled Blackberry Goat Cheese Salad. The then I turned up the heat even more with the Bailando Habanero Mango Sauce. .  It reminds me
5 comments
Read more