A Taste of the Good Life

It has become our family's tradition to celebrate the 4th July in Baylake Pines, Virginia Beach with our good friends (extended family really) the Imrich's. This tradition always begins with a stop at the Bayville TASTE Unlimited for lunch before setting up camp for the week. Last summer as we drove into the parking lot to grab our first meal we noticed that they were holding a 40th Anniverary Photo Contest on Facebook and the Grand Prize was a thousand dollar gift certificate! OMG whoever won could eat there for life! The theme was "Show Your Love for the Taste." We brainstormed for a couple of days and then Scott came up with the idea that involved standing in the median of Shore Drive (in the blazing hot sun) until we created the perfect shot. There were tons of fantastic photo entries that captured their heartfelt connection to this culinary landmark but we were ecstatic when they announced Scott was the winner. I was happy for him even though he beat out my own entry (below)... though I will humbly admit that even though it was hard to accept defeat :) Scott's picture truly encapsulated a general expression of everyones love for the Taste Unlimited. 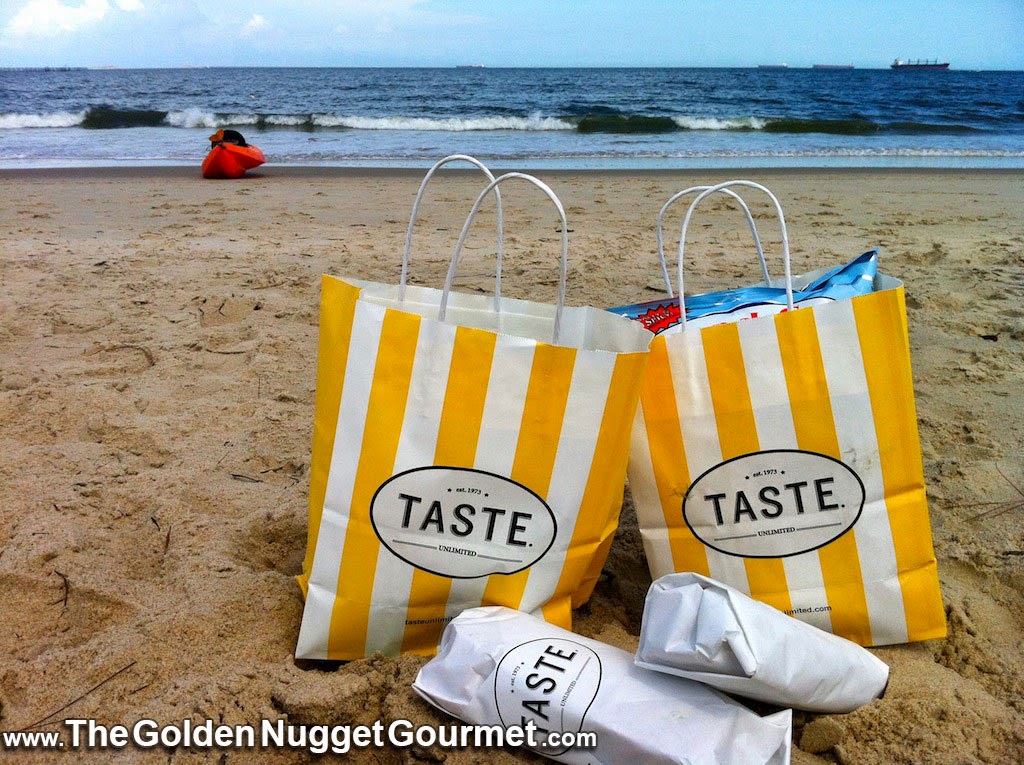 What I really love about this story is that Scott's first reaction was not that we were going to eat here for life but we would wait until the following 4th of July and throw a catered dinner for the Imrich's and tell them to invite whomever they wanted. We followed through with his idea and threw a catered feast at the Imrich's for their family and friends. Here is a pic with Sandy the Bayville Manager, Jeremy the catering manager, and another very photogenic staff member who is unfortunately washed out (as is my dress) because Chris was responsible for taking the pic :) 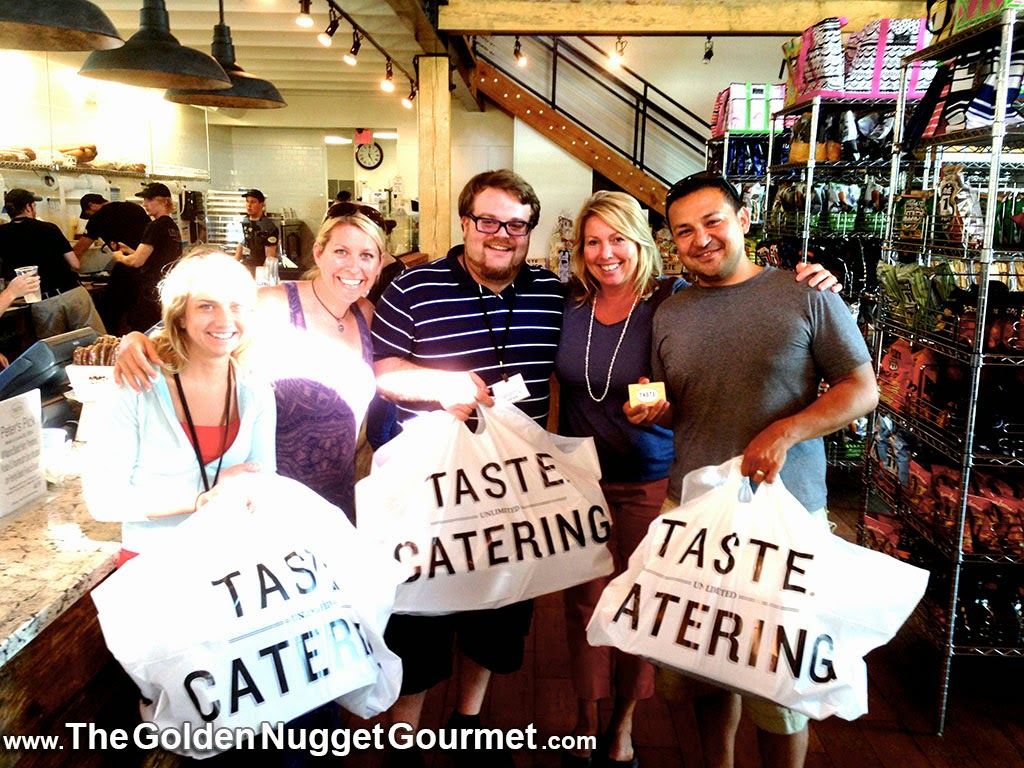 Prior to arriving at VA Beach we spent a few days contemplating what to order because everything on the catering menu sounded so darn delicious. Scott left me in charge of ordering but made it clear that he didn't want to do the everyday sandwich order (which are also outstanding) but instead treat guests to a more decadent menu that would probably introduce most of our local guests to items that they had never had there before. Here is the phenomenal tapas style menu his photo provided.

July 06, 2020
Last Saturday we packed up and headed to our borrowed beach house for the summer.  Before heading out, I stocked up on a bunch of Lidl's Sauces and Marinades for quick and easy meals at the beach. Lidl has a great variety to choose from, and look at the prices!!! So far we have tried Ya Mon Jerk Style Marinade, To-Kill-A-Lime Sauce, Nashville Style Barbecue Sauce, and Bailando Habanero Mango Sauce. All have been bold and flavorful. Scott especially enjoys the Nashville Style Spicy Barbecue Sauce, which definitely has a kick to it.  On our first night I served up this grilled steak marinated in the To-Kill-A-Lime Sauce, with a refreshing Watermelon Cucumber Salad, and fresh grilled corn. So good!  The next night I used the Nashville Style Spicy Barbecue Sauce for BBQ Chicken.  This spicy BBQ chicken went great with grilled fingerling potatoes and a chilled Blackberry Goat Cheese Salad. The then I turned up the heat even more with the Bailando Habanero Mango Sauce. .  It reminds me
5 comments
Read more